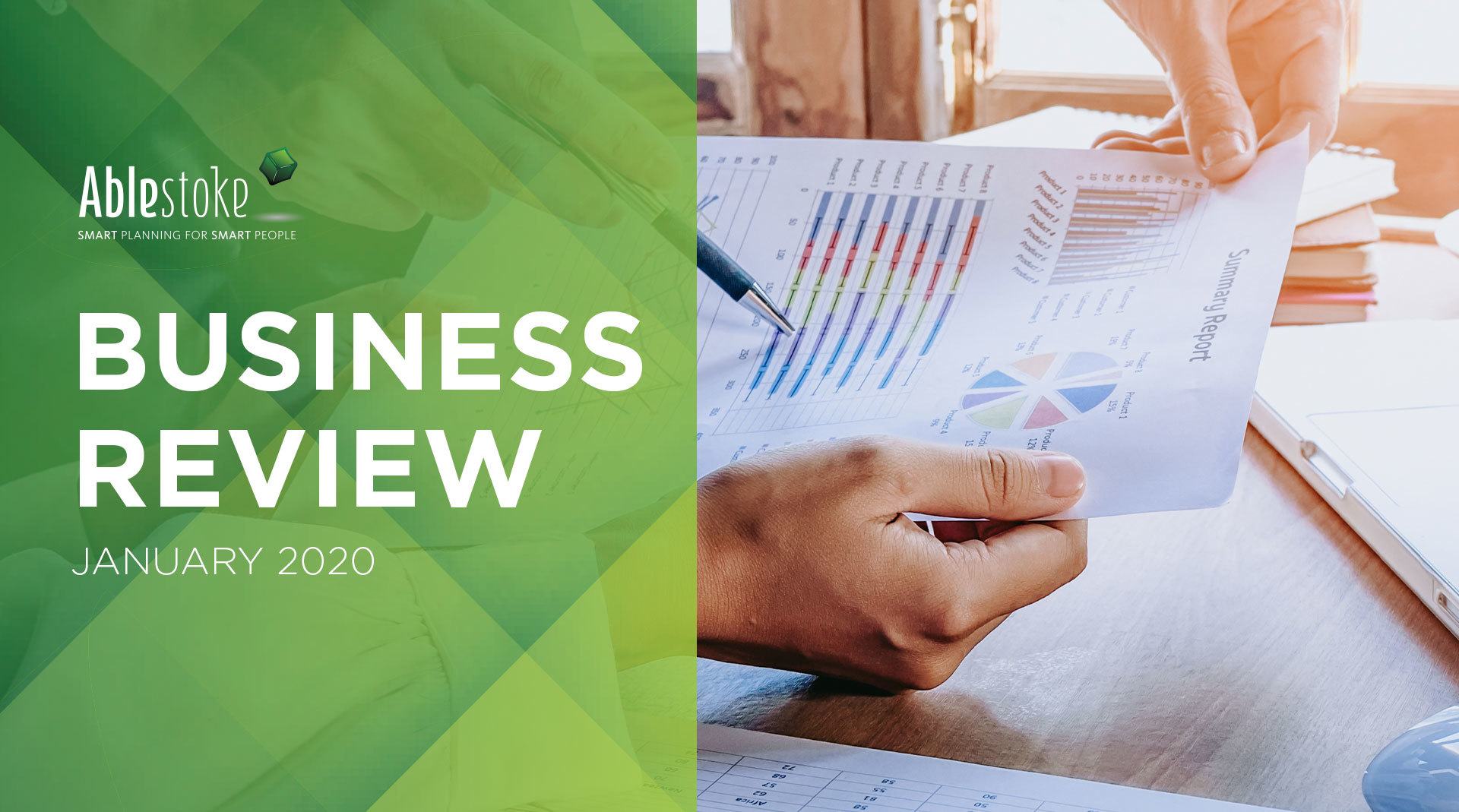 Organisations representing the business community have urged the government to work with business in order to translate the warm words delivered in the Queen’s Speech into positive action.

Following the Conservative’s sweeping election victory, the Queen addressed Parliament on 19 December outlining the government’s new programme. Unsurprisingly, delivering Brexit featured as the key priority but announcements were also made relating to immigration, de-carbonising the economy, broadband investment and a pledge to cut business rates.

Responding to the statement, Confederation of British Industry (CBI) Deputy Director-General Josh Hardie said: “The Queen’s Speech commitments to kick-start the economy and deliver a Brexit that protects the prosperity of the whole of the UK can be a catalyst for rebuilding conﬁdence and investment. It was good to hear warm words. Now the government needs to work with business to deliver the detail.”

In his response, Federation of Small Businesses National Chairman Mike Cherry said: “We’ve fought hard to secure an extension of the business rates retail discount; we’ve seen the ﬁrst step towards that extension being enshrined in law. On immigration, we look forward to providing evidence and insight on the distinct needs of small employers to policymakers to ensure our new immigration system protects access to the skills small ﬁrms need.”

Recently released government data shows the number of businesses in the UK continues to grow, although the proportion led by women remains low.

According to oﬃcial statistics, the number of private sector businesses totalled 5.9 million in 2019, a 200,000 increase on the previous year’s level. This caps two decades of consistent and considerable expansion, with the number of businesses growing by almost 70% from just 3.5 million in 2000.

The statistics also reveal little change in the number of women running SMEs. In 2018, the latest year a gender split is available, just 17% were led by women, a ﬁgure broadly unchanged since 2014. This means the UK has a 5.7 percentage point gap in the proportion of women and the proportion of men involved in early stage entrepreneurial activity. In comparison, the gap in the US is 4.1 percentage points, while in Germany it is 3.3 and in France 1.7.

Research suggests issues surrounding health and wellness in the workplace are increasingly coming to the fore, which means 2020 will see businesses working ever harder to meet employee needs in this area.

A recent survey by ClassPass suggests 75% of professionals think it’s their employer’s duty to contribute to their health and wellbeing. Other studies, however, highlight a divergence in employer and employee views on access to workplace health and wellness beneﬁts.

For instance, a study by Aetna found 70% of employers feel they provide reasonable access in this area, while only 23% of employees agree. Similarly, while 82% of workers were concerned mental health issues could impact their ability to work, just 25% felt their employer provided suﬃcient support for mental health conditions.

And experts believe a number of key employee wellness trends will evolve in 2020. These include further development of holistic beneﬁts plans designed to address all aspects of care, as well as greater focus on mental health issues with stress-reduction activities increasingly built into employee wellness programmes.

Another key theme is likely to be equal beneﬁts for alternative families and identities, such as employees who care for elderly parents or those in the LGBTQ+ community. Expanding ﬁnancial wellness programmes could also feature prominently, with ﬁ rms offering targeted in-house support to employees.

There was better news in terms of the percentage of late payments with 39% of invoices paid late in 2019 compared to 43% in 2018. However, while this does imply a drop in the proportion of late payments in the last 12 months, it still means almost four in every ten invoices are not paid on time.

The study also found longer payment terms are increasingly common, with ﬁrms now typically agreeing 45-day terms from work completion or delivery of goods. Worryingly, this has not prevented larger businesses paying smaller suppliers late. Indeed, longer terms actually seem to exacerbate the problem, with the proportion of invoices on 60–120-day terms being paid late rising from 13% to 23% over the last six years.

The CBI has welcomed government plans to secure a speedy Brexit trade deal and offered support in securing an ambitious deal. Carolyn Fairbairn, CBI Director-General, said: “Business has had enough of uncertainty and shares the Prime Minister’s ambition for a fast EU trade deal. Firms stand ready to bring the evidence needed from factories and boardrooms across the UK to enable a good trade deal to be agreed as quickly as possible.”

Following a couple of years of pay freezes, professional salaries in the UK are expected to increase by at least 3% in 2020, according to recruitment consultancy Robert Walters’ recent Salary Survey. The ﬁndings pinpoint that professionals working in ﬁnance, marketing, legal, procurement, accounting and tech-based roles will see their pay increase above the national average, with salaries in HR and logistics remaining static.

A study by iwoca suggests the British public is genuinely sympathetic about the struggles of small businesses. However, the research also found most people unwilling to put their money where their mouth is, instead preferring to buy from large companies if they could save as little as £1. iwoca concluded small businesses risk losing around half of their customers if their prices are just 10% above larger competitors.

A survey by notonthehighstreet suggests more than one in ﬁve small businesses could face closure in the next 12 months if Christmas trading disappoints. The research vividly demonstrates the reliance many small ﬁrms place on Christmas trading and raises the worrying prospect of further bankruptcies this year, following on from the closure of several well-known high street brands in 2019. 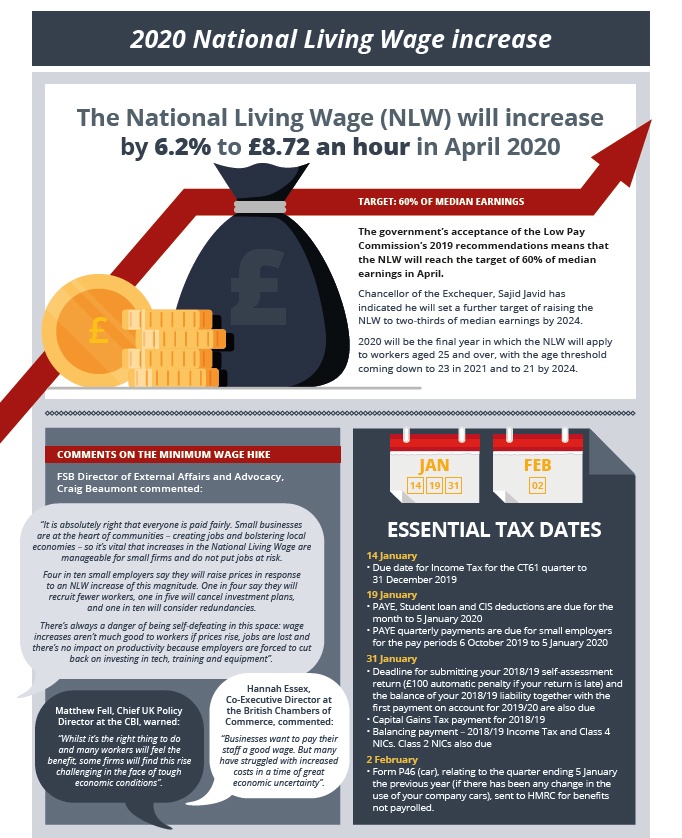 If any article in this market update has an effect on your finances and you would like professional advice, then please get in touch.

Please leave your details and click submit to subscribe.
You can OPT-OUT at any given time if you no longer wish to receive our updates!

We use cookies to ensure that we give you the best experience on our website. If you continue to use this site we will assume that you are happy with it.Ok