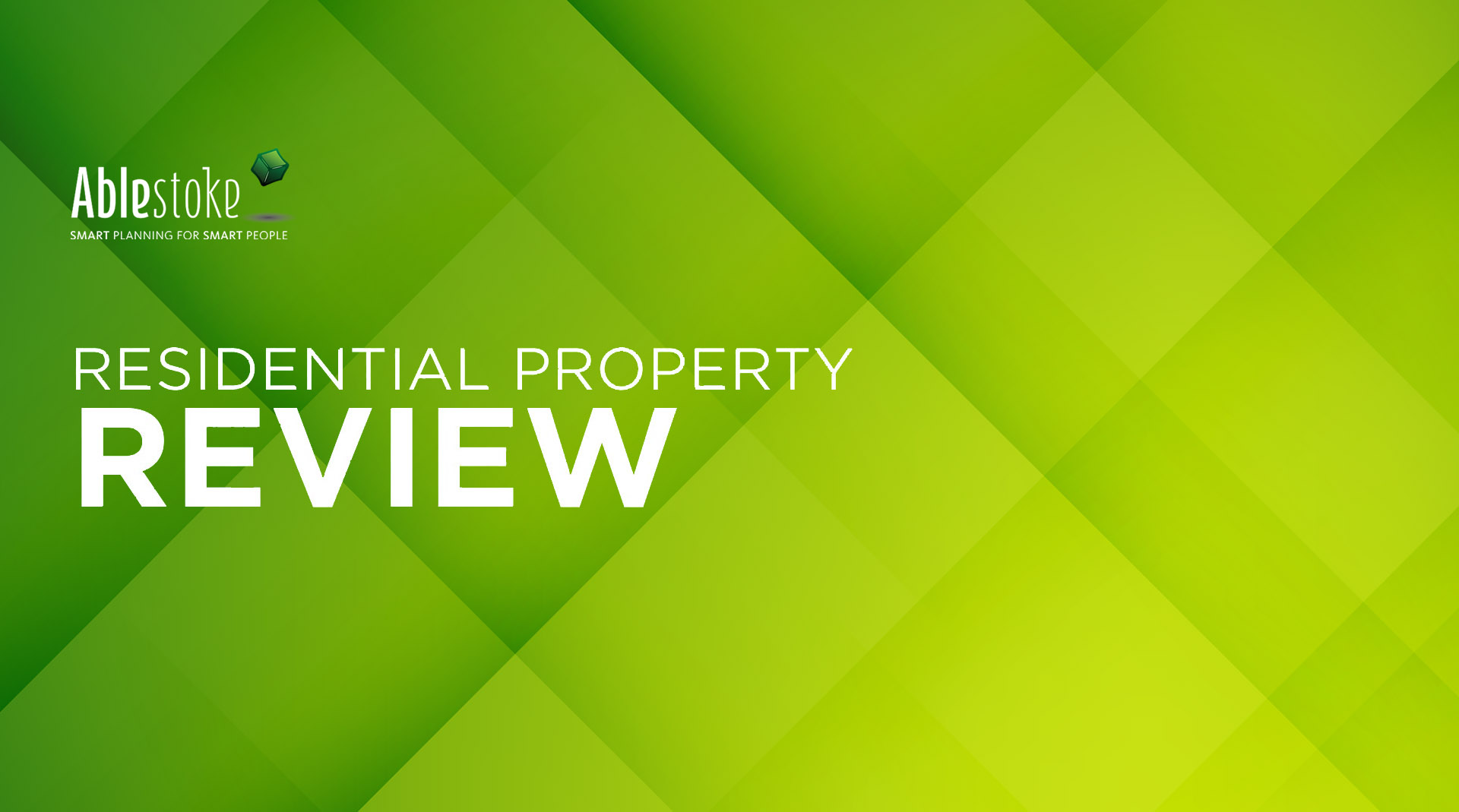 Our monthly property market review is intended to provide background to recent developments in property markets as well as to give an indication of how some key issues could impact in the future.

We are not responsible or authorised to provide advice on investment decisions concerning property, only for the provision of mortgage advice. We hope you will find this review to be of interest.

TRANSITION TO ECO HOMES HOTTING UP

With climate issues becoming ever more urgent, policymakers and the housing industry are increasingly turning their attention to sustainable property development.

Making homes greener will play an important part in the UK’s efforts to achieve net-zero emissions by 2050: new and existing homes together account for 20% of the UK’s greenhouse gas emissions. As such, any improvements the sector makes could translate into a major environmental benefit.

The government’s Future Homes Standard, which comes into effect in 2025, commits to making all new-build homes in England ‘future-proofed with low carbon heating and world leading levels of energy efficiency.’

Some commentators, however, have been critical, suggesting that the current range of green mortgages is too limited in scope. It is suggested that the next steps may involve offering incentives to homeowners for improving less efficient homes, rather than simply rewarding buyers of A or B-rated properties.

A race to beat the Stamp Duty holiday deadline has pushed UK house buying to its highest level since records began.

According to Savills, the non-seasonally adjusted estimate for residential property transactions in June rose to a monthly record of 213,120. This was double the June average for 2017-2019 and more than three times June 2020’s coronavirus-impacted total.

June is traditionally a busy month for transactions. This year, though, the buying spree was further fuelled by the imminent tapering of the Stamp Duty holiday. Until June, buyers in England and Northern Ireland paid no tax on the first £500,000; the nil-rate threshold has now been reduced to £250,000 until 1 October, when the threshold reverts to £125,000.

Analysts believe there will inevitably be some slowdown in the coming months, although the market is not expected to grind to a complete halt. Agreed sales remain above average with increases in activity especially noteworthy for higher value homes.

A scarcity of new instructions and relatively high level of enquiries is still causing an excess of
demand over supply in the UK residential property market, according to the July survey published by the Royal Institution of Chartered Surveyors (RICS).

The net balance for new instructions in July fell to -46% (down from -35% in June), a fourth successive monthly decline. The survey also reported an easing in demand following the Stamp Duty changes, with new buyer enquiries falling to a net balance of -9% in July (from +10% a month earlier). Although
this slip in enquiries ends a run of four successive monthly increases, demand remains ahead of supply.

Commenting on the findings, Simon Rubinsohn, RICS Chief Economist, said, “Although the tapering in Stamp Duty is beginning to have some impact on RICS activity indicators, the overall tone to the market remains firm.”

THE DEMAND FOR SPACE

“There is a continued drumbeat of demand for more space among buyers, both inside and outside, funnelling demand towards houses, resulting in stronger price growth for these properties. Sellers will need to consider this when it comes to pricing expectations.”

It is important to take professional advice before making any decision relating to your personal finances. Information within this document is based on our current understanding and can be subject to change without notice and the accuracy and completeness of the information cannot be guaranteed. It does not provide individual tailored investment advice and is for guidance only. Some rules may vary in different parts of the UK.